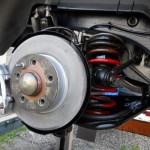 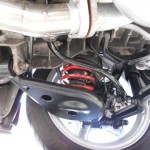 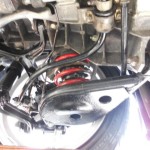 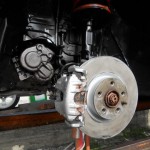 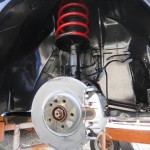 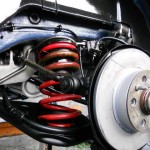 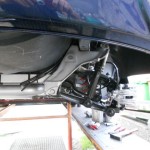 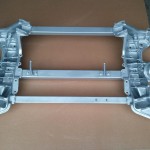 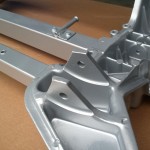 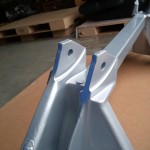 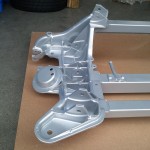 The independent, multiple arm rear suspension comprises quadrilateral goemetry with an upper triangle, double lower arms, coil springs and anti-roll bar secured to a light alloy subframe which is, in turn, mounted onto the car’s body. The design of this geometry, and the fine tuning of the bushes, is such that during initial stages of a turn, the centrifugal forces create a small ‘rear wheel steer’ effect in the opposite direction to the way the front wheels are being pointed. Then, as the centrifugal forces build up through the corner, the rear wheels start steering in the same direction as the front wheels. The result is a more positive ‘attack’ into the first stages of cornering and increased stability in the later stages. This multilink rear suspension was designed by Gianclaudio Travaglio.

Gianclaudio Travaglio: “For every degree of roll angle there’s half degree gain in negative camber, while for every 100kg of lateral cornering force-theres only one degree of wheel deflection […] Initially the wheels provide a very slight counter-steer effect, but if you’re going for a high-g adventure, they will progress to in-phase steering”. 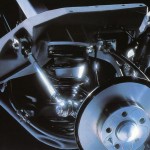 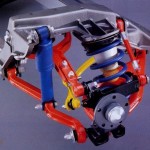 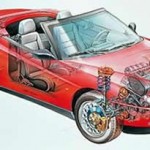 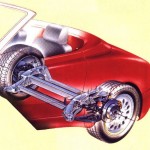