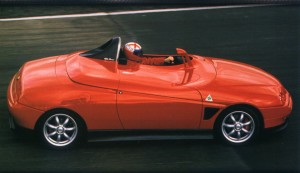 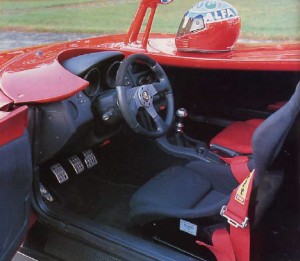 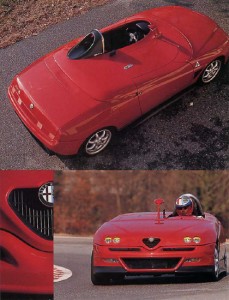 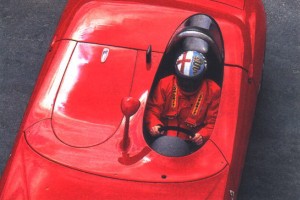 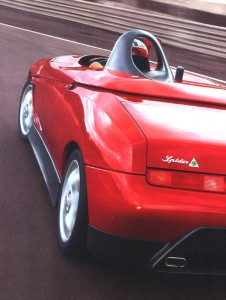 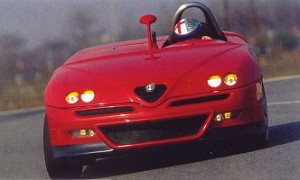 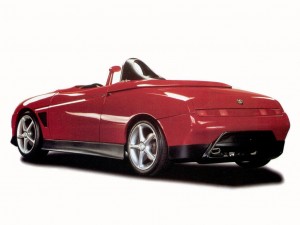 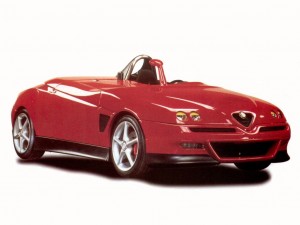 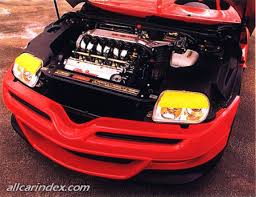 The Lone Ranger
The Centro Stile Alfa Romeo has made one of the most amazing exercises in recent times design. with simple modifications and an eye on the competition, the Italian specialists have devised a barqueta to enjoy the most of the driving, but alone.
The long tradition that has Alfa Romeo in competition invites engineers to ‘cook’ new recipes always somehow connected with such duties. One of the most interesting of recent times, has been serving a car proposal for a one-make cup based on the Alfa Spider. This is a unique prototype AUTOMOVIL has had occasion to try exclusive: a single-seater tourism has been dubbed Monospider.
With a simple statement of conditions, stylists Centro Stile Alfa Romeo have shaped a car that excited to see him around. Another aspect that annoblece even more concept car born of hencho to be one of the last projects – if not the last – in which he has been involved renowned designer Walter de Silva as head of department before his high-profile move Seat.
The first thing that attracts attention in the singular – pun intended – is the right spoiler Monospider exercise conducted. The front bumper has been replaced by one with a more generous air intakes and incorporating a spectacular faldon going almost licking the asphalt. In this set features a front entry mouth that assists the engine perfection. Furthermore, the brakes are perfectly refrigerated and propellant in turn can dissipate the heat through an opening positioned just behind the wheel. To all this generous spoilers and lower side box, painted black to make them more discreet, walking around the edge of the rear a spectacular trapeze slightly protruding exhaust pipe added. However, the main peculiarity of Monospider belt is upward. The objective was to transform the Spider in apparent barqueta but using simple hardware for it. So, the first thing that made Italian designers is to remove the windshield and subsequent post. Concido of all is that in a convertible that element is vital to the rigidity of conche, why reinforcement has been introduced inside the dashboard permitecompensar this shortcoming. The second step was to build a plastic mask that completely covers the Cabin and only leaves room for the position to be occupied by the pilot. This is the main attraction of so fabulous Alfa Romeo, which at once gives that aspect of vehicle and has facilitated competition between specialists Alfa Centro Stile also be known as Monoposto. However, there is the possibility of opening a lid on the passenger side leaving room to eventually be used to second place.
But there are also other details that personalize largely to the car, between particular her mirror. Placed on a mast about 30 cm located in the centre, stands like a submarine telescope in question. Also just behind the pilot is a small video camera that lets you issue subjective images of the conduct or burn to correct defects steering post.
Security is also a section that has not been neglected in this case. By removing the windshield, the function of the roll bar now has a similar element located just behind the cockpit, as in racing cars, which is fairing to favor the maximum aerodynamic penetration and improve aesthetics.
The rest of the car just changed from Spider Street , although the mechanism that encourages you has nothing to do with the series . Only has given him the specific elements for competition , such as type bucket seats , seat harness type Sabelt six anchor points, BB perforated aluminum , Momo steering wheel and gear knob changes also polished aluminum , while under the hood has introduced a ‘ slight ‘ variation that is not entirely unpublished , because it has had a chance to try it on his brother GTV . This is the 3-liter V6 excellent but with 24 valves and rifle double camshaft per bank , which is not available in the Spider. It is certainly the ideal place to meet the sporting ambitions of the most experienced and serve good driving school for more novice propellant. Not surprisingly , first in genius that shows in the top of the counter, reaching regimes near 7,000 rpm , can download a lot of adrenaline and invited to play with the gearbox six relations and on the other hand, if do not want to abuse the engine makes up , leaving them curves like lightning. Such is the ability to shoot fast this barqueta the absence windshield forced to wear helmets at all times and have the well muscled neck to withstand the agitation caused by the wind. 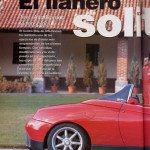 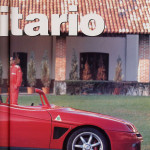 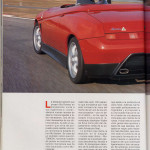 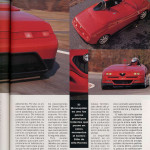 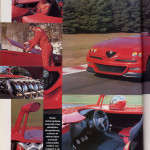 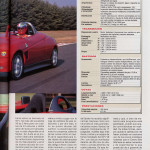